China and the EU find common ground on investments: the CAI 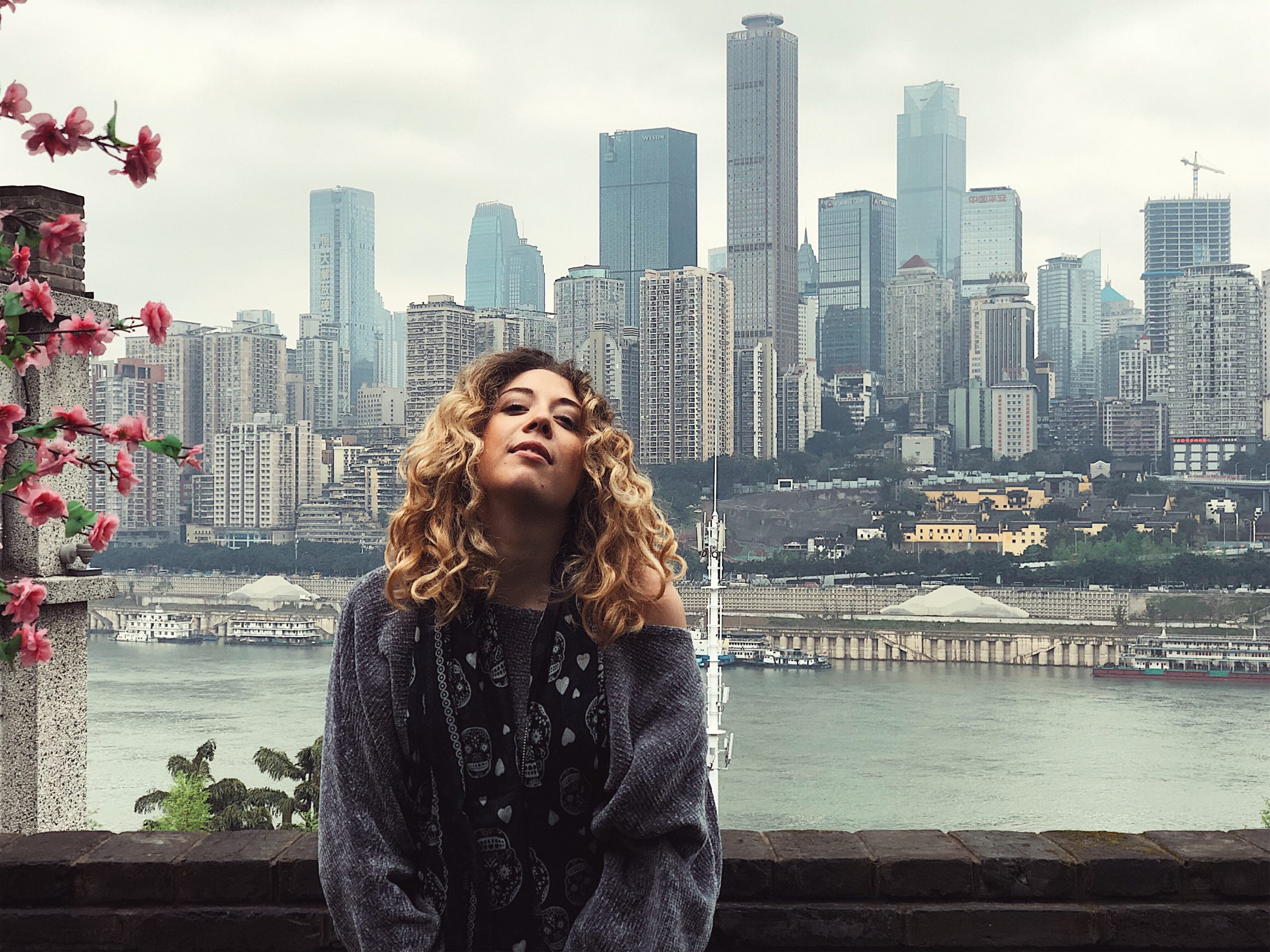 Differences in time zone and the epidemiological emergency still underway at the global level have not prevented the signing of an epochal agreement for economic relations between China and the EU. On 30 December 2020, the online meeting between Chinese leader Xi Jinping, the President of the European Commission Ursula von der Leyen, the German Chancellor Angela Merkel, and the French President Emmanuel Macron, officially marked the signing of the Comprehensive Agreement on Investment (CAI), a bilateral agreement, in the works since 2013, for investments between China and the EU that opens the Chinese market to companies from the Eurozone countries.[1] After negotiations that lasted seven years, although it is still necessary to work on the details, Beijing and Brussels seem to have finally reached an agreement about the framework of this pact aimed at ensuring greater reciprocity and interdependence between the two economic blocs.[2] Although the approval of the European Parliament is still required, the agreement was welcomed as a success by both sides and comes at the very appropriate time, in time for the end of the German EU presidency semester, 45 years of China-EU diplomatic relations, and three weeks since the new Joe Biden administration took office.[3]

As reported in an EU note, this agreement has great economic significance, binds the two parties to a value-based investment relationship based on the principles of sustainable development.[4] Among the key sectors covered by the CAI, stands out the automotive sector, as well as that of electric and hybrid cars, to which the Asian power would be willing to open up with greater transparency and ease. Health, energy, and telecommunications would also experience substantial removal of obstacles. European companies interested in competing in the Chinese market will be able to do so independently, without necessarily join a local partner (joint venture); furthermore, there won’t be technology transfer from European companies.[5] The Eurozone countries have always denounced the severe restrictions imposed by Beijing on entering its market, especially in terms of high-tech sectors’ forced transfer of know-how and technologies to obtain the necessary administrative authorizations from the Chinese authorities.[6] China, therefore, has ensured unprecedented opportunities and conditions for its European counterparts in return for accessing the European energy market. Furthermore, renewed importance has been given to the adjustment of regulatory contexts related to the transparency, predictability, and legal certainty of investment conditions, just as environmental standards.[7] In this perspective, the CAI could represent the first step towards a broader free trade agreement with the inclusion of commitments in the sectors of public procurement and industrial overproduction.[8]

For Beijing, the signing of the CAI constitutes a reconfirmation of the openings already permitted with the introduction, in January, of the Foreign Investment Law.[9] Also, from a European perspective, the agreement lays the foundations for further strengthening the economic interdependence between the two players. According to Eurostat, in 2019 the EU exported goods worth € 198 billion to China and imported goods worth € 362 billion, with bilateral trade worth € 560 billion. In the first 10 months of 2020, the volume of EU-China trade settled at € 477 billion, 2.2% more than in the same period of the previous year. The Asian power, therefore, still represents an essential destination for European FDI, especially those of a commercial nature and in support of market action, characterized by a strong penetration capacity in foreign markets. 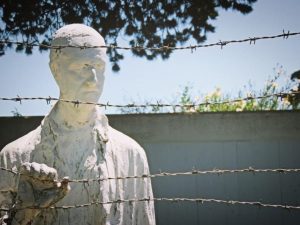 The Uighur genocide: a human catastrophe without answer

Uighur people’s conditions in China cannot be ignored any longer. But why the UN community si so reluctant to intervene on this matter? END_OF_DOCUMENT_TOKEN_TO_BE_REPLACED 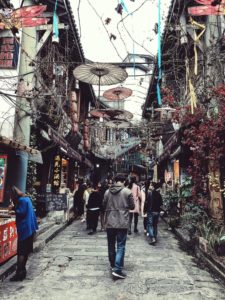 Lights and shadows of the Asian Giant: Human Rights in China 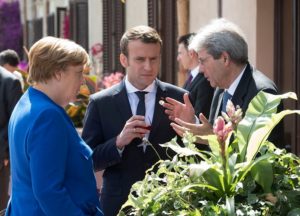 Beyond strictly economic reasons, the importance of the CAI also sinks into the ground of geopolitics: the signing of the pact, in fact, follows the conclusion of another important commercial agreement, the Regional Comprehensive Economic Partnership – signed between the Association of South-East Asian Nations (ASEAN) plus China, Japan, South Korea, Australia, and New Zealand.[10] The greater commercial, financial, and investment influence guaranteed by these two agreements in their regional areas clearly has a strong impact also on global geopolitics. The detente of relations that China has started – first with the ASEAN bloc and then, in the specific case of the CAI, with the Eurozone countries – not only puts Beijing back at the center of economic dynamics but above all increases its political weight. This is even more true in terms of competition with the United States;[11] the Biden-Harris administration has publicly expressed its opposition to the conclusion of the agreement, as well as reluctance about Chinese economic practices, urging “European partners to discuss US concerns more“[12]. The controversial support of the European part to the agreement, therefore, seems to underline the different views with which the EU and the US have approached the Chinese dossier: Brussels while remaining within a transatlantic framework, is well aware that the center of the world growth has now moved to the East.[13] The conclusion of the CAI, therefore, is a very important diplomatic achievement for China: the Asian giant, despite being considered a “systemic rival”, remains an essential European partner, not only in the fight against Covid19 and climate change.[14]

Beijing’s enduring human rights violations have been one of the main obstacles to concluding the investment agreement. The European Parliament recently voted a resolution[15] so that the CAI would induce greater respect for international conventions against forced labor. The reference to the Xinjiang’s Uyghurs Muslim minority, concentrated in detention centers and subjected to forced labor and degrading treatments is clear right away – although Beijing defends itself by speaking of “vocational training centers”, useful to hold back poverty and extremism, considered as the main threats to national stability and security. In this regard, China has agreed to “make continuous and sustained efforts” to carry out the ratification of the fundamental conventions of the International Labor Organization against forced labor but without any specific commitment, it is therefore not excluded that, in the future, the EU can introduce new sanctions for violations carried out by the regime in question.[16]

All that glitters is not gold: the agreement between China and the EU may cause a controversy within the European Union

Net of the historical importance of the agreement, Italy has been excluded from the negotiating table. Despite signing of the 2019 Memorandum of Understanding to join the New Silk Road – Italy is the first and only G7 country to take part in the One Belt One Road (OBOR) – and the hope for future stronger Sino-Italian relations, today Italy is just a spectator and the negotiations are led by the Franco-German format.[17] Despite having invited France and Germany to greater transparency by sharing the draft agreement, Italy has not achieved any results. Above all, the presence of Macron, said Undersecretary for Foreign Affairs Ivan Scalfarotto, was considered a real setback: if the Chancellor Merkel was able to attend the videoconference as President of the EU Council, the presence of the French leader, on the other hand, has shattered the European protocol, bypassing the other member countries. The CAI thus seems to cast the specter of failure also regarding the agreement on the Silk Road concluded in 2019: “a failure – said Scalfarotto – both commercially and politically. If the Italian logic behind the signature was to increase commercial and economic relations with China, this consideration turned out to be at least optimistic, if not completely fallacious, depriving our country also of the necessary credibility to play the leading role in the negotiations”.[18] The prevailing fear is that new power relationships are emerging and Italy is seriously in danger of being ousted, especially considering the opportunities deriving from its participation in the CAI – the automotive sector constitutes 7% of Italian GDP, just as the leading companies Enel and Eni could benefit from the greater opening in Beijing.[19]

[9] The “Foreign Investment Law” is a law aimed at protecting the interests of foreign investors in Chinese territory. Among the measures, it allows foreign companies to access public procurements through fair competition and the inability to use administrative sanctions and licenses for technology transfer. More info on http://www.xinhuanet.com/english/2020-01/01/c_138670986.htm

Inflation has not been a concern for quite a while. Still, 2021 has been the year of economic recovery after the pandemic. Is it coming back? END_OF_DOCUMENT_TOKEN_TO_BE_REPLACED

The Homeland of Itzurza is a novel exploring the journey of four women stuck between the past and the future in post-Franco Spain. END_OF_DOCUMENT_TOKEN_TO_BE_REPLACED