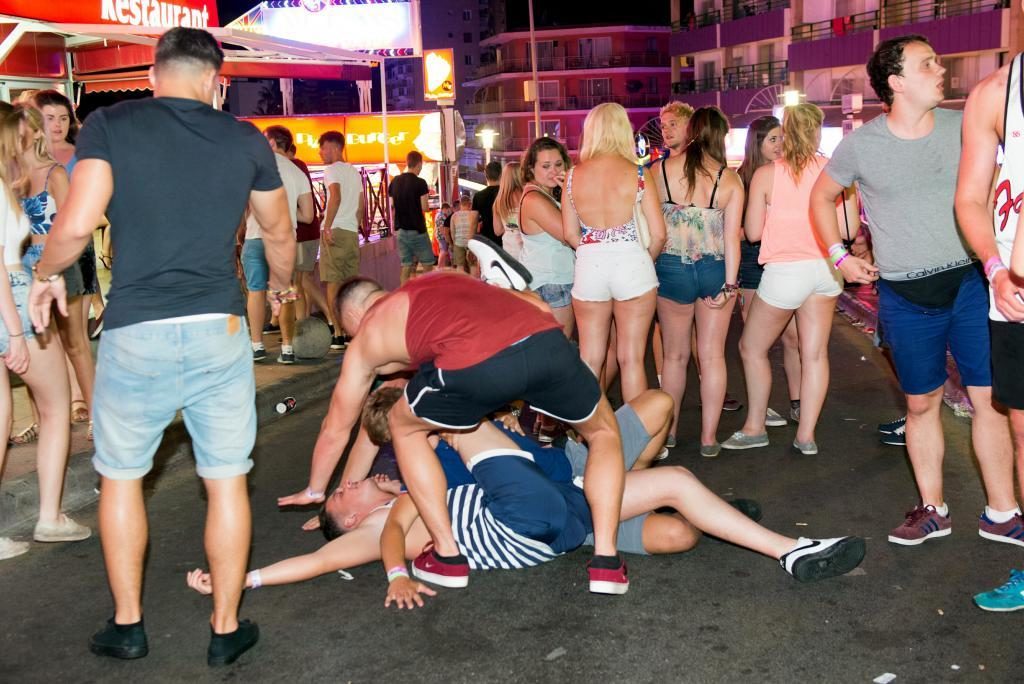 Spain is, with no doubt, one of the most appreciated tourist destinations for the Europeans. Since the 60’s, more developed European countries citizens (in that time Spain was immersed in a dictatorship that kept it isolated from the rest of the world during the previous 20 years) began to be interested in spending their holidays in this country, attracted by the good weather and low costs.

Some businessmen did not hesitate to take profit from this situation. They started promoting the “Sun and Beach” tourism, getting rich thanks to the construction of hotels, holiday resorts and restaurants by the beaches in the provinces of Alicante and Málaga. Nowadays, visiting some coast cities like Benidorm and Marbella we are able to understand the dimension of that tourist boom.

Nowadays, the profile of the tourist who chooses Spain for his holidays has changed.The number of Europeans (British, Germans, French, Dutch, Belgians…) who go to the Spanish coasts looking for the warmth that may hardly find in their home countries is still big. Anyway, in the last years, a kind of tourism named as “drunken or drunkenness Tourism” (from the Spanish term Turismo de Borrachera), in which youngsters coming from different parts of Europe arrive to the Spanish shores looking for wild parties where the abuse of alcohol and the incivility become protagonists, has prospered.

A trip of these characteristics has become a kind of rite of passage for a big number of young British and Irish. Some days of excessive party are like a step between the teenage and the manhood, in which the future responsibilities will notlet them to commit other kind madness.

Some of the factors that encourage those youngsters (almost all of them British and Irish, but also Germans) to get into a trip of this manner are: the lower cost of the alcoholic beverages if compared to that in their home countries, the longer opening hours of pubs, clubs and alcohol stores that make it possible to stay out until the sunrise, but, overall, the fact of being far away from home, where nobody will judge them and they will be immersed into a crowd formed by people with the same aim.

This kind of tourism is usually called, as well, “junk tourism”. Promoted by cheap flights and lodging platforms like Airbnb, it is usually fed by a sector of the society that travels without any kind of inquisitiveness, with the only goal of finding the wildest party, remaining into “party ghettos” where it is extremely hard to mix with the local population. The result is that when they come back to their homes they are not even able to point in a map the place where they have spent their holidays.

At the top of the “drunkenness tourism city ranking” we must place Magaluf, a coast town 15km away from Palma de Mallorca. Thousands of young British and Irish come here every summer to this corner of the island of Majorca, often buying travel packs with the promise of parties, beach, alcohol and sex. These agencies, for most part of them located abroad, organize all kind of pub crawls, boat parties… defining Magaluf as the “Party Mecca”.

Very often Magaluf appears on the media due to scandals as the case of “mamading”, which consists in the practice of oral sex in exchange of free drinks. A case happened on the summer of 2014, in which a young Northern Irish girl practised fellatios to more than 20 men in exchange of a free cocktail, became very famous. Another current activity is the “balconing”, where inebriated youngsters jump from a balcony to another or even from a balcony to the swimming pool; it has been already confirmed that several mortal accidents have happened due to this practice. In addition to this, there are all the other kinds of problematic consequences due to drug abuse, as sexual abuses and brawls, a situation that seem to be at the order of the day in this town in Majorca.

Junk tourism has also contributed to the degradation of places like Barceloneta, a fishers’ and workers’ traditional district located between the port and the beaches of Barcelona, where every summer the residents must get along with fights, shouts and vomit in public places by this kind of tourists. Meanwhile, TV shows like “Gandía Shore”, broadcast in the Spanish television and inspired by the worldwide known Jersey Shore, or “We Love Lloret” in German television have contributed to stigmatize this kind of places between the wide public.

Obviously, this phenomenon let us suppose a massive business opportunity for the owners of discos, pubs, cheap alcohol stores, junk food restaurants, hotels and agencies that organize events and even travel packs based on junk tourism. At this point, we get into a conflict between businessmen and workers that find in the drunkenness tourism a way to earn their livings on one side, and the residents that must live inside this ambience and see how their towns and districts gain a non-desirable reputation on the other.

We can find a good example in Salou, a coast town in the province of Tarragona, not far away from Barcelona. During the last years, this city has been hosting the Saloufest, a macro event inspired on the North American spring-break which attracted close to 10.000 British youngsters spread out between different weekends during the spring months, with a 5.000.000€ impact in the area. The organizing enterprise has been forced to cancel the 2017 edition of Saloufest due to local and regional authority’s pressure.

This kind of tourism can suppose an important economic resource for a big number of local businessmen as well as a generator of direct and indirect job opportunities. However, the fact of this kind of tourism does not give more than a short term economical value, without any extra value beside it, like for example a cultural exchange could be, has to be considered. It is important to reflect as well on damages caused to the local people and on the bad reputation of paradise of the alcohol abuse, the easy sex and the out-of-control parties that Spain gets abroad. At this point, the corresponding institutions have to consider whether they should promote or regulate and restrict this kind of tourism in the future.

Inflation has not been a concern for quite a while. Still, 2021 has been the year of economic recovery after the pandemic. Is it coming back? END_OF_DOCUMENT_TOKEN_TO_BE_REPLACED

The Homeland of Itzurza is a novel exploring the journey of four women stuck between the past and the future in post-Franco Spain. END_OF_DOCUMENT_TOKEN_TO_BE_REPLACED