The duty to be oneself

I was reading here on Jeune Europe the great article from A. Vagaggini and G. Sgaravatti about the heroism of originality. Here below I will not lavish it, I just strongly recommend you to read it, it is worth. I was reflecting about the importance of originality, or I would better say, about originality as something from the authenticity of each one of us, as nothing is as original and unique as we are.

It is not my intention to make a hymn to transgression. I do not believe in those at-any-cost transgressions that very often just lead to another trend, thus becoming just another set of rules to follow. Even less, I have never appreciated mottos as “everyone is an artist” or similar.

More than this, I think that everyone “can” be an artist. An artist is someone who makes art, something that cannot exist, has no reason to be and neither could ever be without the one it comes from.  The artist is the conditio sine qua non for making his product art. Therefore, everything that consists in art, is original for it comes from original and unique pieces as every person is.

No one is and no one will ever be another one like me, he will never see what I see the way I see, or know what I know. Nevertheless, I will never be the same as I am now while I am writing.

Therefore: why not everyone is an artist? Isn’t life itself art?

It is, under some conditions. Otherwise, we could never refer to D’Annunzio or Kerouac. The reason for we still talk of them is because their art is direct expression of their life for they have lived fully each moment of their life in first person so to make life itself art. 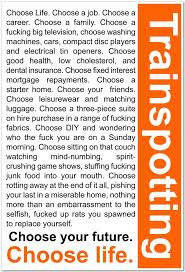 Their art and their life are “art” because they are both something that has been lived and experienced truly, and uniquely in their very own way with no constraint before they gave it to the world. Therefore, if able to live this way, authentically, everyone can be an artist.

Here comes the critical point: by being continuously evolving we are condemned to a continuous change of ourselves. This does not mean we lose every clue of us, but the things we experience and the context we live in might shape us and limit our potentialities.

The questions we have to ask ourselves here are: am I changing the world or is the world changing me? How large is the space I grant to myself? Is it really mine the life I am currently living?

I am certainly not the first asking myself these questions.

Through the XX century (but also far before as I will show later) as the bourgeois society became a common model in western countries, the issue of authenticity took many philosophers to afford this matter and lead to the birth of some discipline like psychology as we know it today. The seeking of oneself and the relationship between the individual and the world are the milestone objects of Psychology.

It is always surprising how these philosophers who lived in a time so far and different from ours, seem to talk to us so closely.  One of these, Carlo Michaelstaedter, young philosopher from Gorizia, city of the North-East of Italy that at his time, in the early ‘900, was part of the Austro-Hungarian Empire, described two kind of life: Persuasion and Straightness. 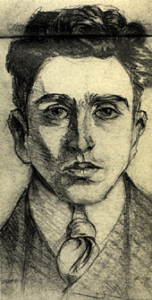 The life of Straightness is the one of the man who lives according to social norms, the Persuasion is the one of the man who understands his finiteness and understands its importance. Thus, the man finds himself at a turning point. In a direction there is the downhill road of Straightness: safe, within rules and norms imposed by society that defines an acceptable way to live, with no scandal or troubles, in the name of a comfort that leads the man to pretend and lie to himself so that he sacrifices himself. In the other, there is the uphill road of Persuasion: made of freedom, the comprehension of the unicity and finiteness of life that, to be unique and fully lived needs to be self-determined with no external constraint.

This problem seems to have get along all human history and has been raised also far before the past century. Seneca, in the De Brevitate Vitae (it was the 49 a.C.) with its ironic “Ars longam vita brevis” clearly pointed the danger of lose oneself in daily common life in the society that would take the man to a short and unworthy existence.

If Seneca and Michelstaedter point as solution the total escape from society (this last one used to love the sea as pure place free from the corruption of society), Heidegger will give another point of view. He agrees with them about the corruptive impact of society on the individual, for him the Being lose itself in daily routine and sacrifice its potential because it is distracted by contingencies of the living context. It is in this context that he has to take the decision of taking back himself.

Furthermore, Sartre will get to claim “the man is always free”, independently from specificities of the context. Context is not a constraint to his freedom: it is properly the condition that enables the Being to express and be free; without context the man could not.

Beyond differences between the schools of thought these mentioned authors belong to, it is possible to find a crucial and common point that links all thesis that have gone through so different ages one from another before getting to these days and being still viable

What all these philosophers tell us is that yes, originality is an heroism that assumes a clash between the man and the world; but authenticity, the “mastery over oneself” from the ancient greek word αὐθεντία (=”autentìa”), from which originality comes from, is a defined duty towards ourselves, for making our life ours.

Inflation has not been a concern for quite a while. Still, 2021 has been the year of economic recovery after the pandemic. Is it coming back? END_OF_DOCUMENT_TOKEN_TO_BE_REPLACED

The Homeland of Itzurza is a novel exploring the journey of four women stuck between the past and the future in post-Franco Spain. END_OF_DOCUMENT_TOKEN_TO_BE_REPLACED