GOODBYE ROME – US AND TOURISM

A friend is a treasure. It is a saying, maybe banal, but it is surely true. Beyond every possible consideration about this (it would be in any case evanescent and unworthy) and beyond the truth of the saying in the case of the friend I refer to (who is a real treasure chest), what I have found in the end of these days in which I have been hosted by him is a key. Keys: keys are the tool for going in and see over and more, to get over that armour door that is so often closed, inscrutable at first sight, and only known that way by those who pass through in front of it without entering.

The door I talk about, of which I have had the chance to overstep the threshold thanks to this loyal guardian, is Rome. If describing the city through these lines would be reductive, posting pictures alongside them would be even useless. In the two-three days we had for visiting the Urbe, we have had the chance to see a lot in absolute terms (my resourceful Virgil and I walked almost 20 km a day for doing it), but a few in regard of what the city has to offer to its visitors. It is hard to believe that tourists can even get a quarter of what the city can give them, not only for the nature of modern tourism of which I will talk later, but also for the average of tourist permanence which is two days and a half

It is the same as mine, with the difference, I can suppose, that only few of the tourists have the availability of these three conditions we had: my guide’s expertise, our young and trained legs and a car to get worthy sites of the city that are far from the centre. Writing from my room now, I cannot stop regretting for not having seen some hidden masterpieces of Rome, but on the other hand, in consideration of the fact that we have been able to see the Coliseum only in the evening of the last day, I realise that it was not possible to see more.

Nevertheless, I do not get back home with just some files of pixel in my mobile: I got much more. These days have been a proper experience in a city that has a lot to tell the ears of those who want to listen. If not for his majesty, for having passed through the history of humankind and having been its centre for so long. Somehow, it might be not an exaggeration to say that the world would be something very different if Rome would not have existed. Nowadays, Rome is a city that, despite its contradictions, as the coexistence of sacred and profane, art and degradation, chaos and solemn holiness, can be even cathartic.

Can I hope this to be a common sensation for every visitor of Rome? Can I suppose that every visitor has the impression that a month or two would not be enough yet to see and know this place as it would deserve?

What do these people coming from other parts of the world see? What will they keep with them once they are home, besides the magnet they will attach to their fridge?

The answers change case by case obviously, and certainly, the culture you belong influences the perception of the things you meet on your path. Beyond this, what I am worried, scared, afraid of is that the city, the “eternal city”, might be used as something to use and throw, useful for the time of a selfie. What makes me wonder about it is the great amount of selfie stick sellers that you can meet in the streets, besides main interest sites. Beyond representing with their only presence an aesthetic horror that clashes with the majesty of the context, for demand-offer reason they clearly are a symptom of the number of selfies taken there.

Let me make it clear: there is nothing bad in making pictures of oneself, this is not the point, the point is how the visitor use the place he is in. In this manner, these places, and Rome too, falls under the hits of this modernity where everything is fast, consumerism pervades all we do and see around us. Therefore, the danger is that their eternity would be not anymore a path for the spirit, guided by the experience of beauty so that to be at the same time ends and engine for a personal path. Further, they become mere tools to use and consume, so to have the right to exist only for being the background of something ephemeral like snapchat or Instagram pics. The visit is not anymore an act of research of knowledge and emotions, but an act of self-marketing. The eternal beauty get downgraded to background, sacrificed in the name of social affirmation to be measured in amounts of “like”.

What do we look for in these places? What do they mean for us?

I cannot find a real answer to these questions. Everything I can think is too cynic, and one of the reason for I write them is that I hope these to be denied.

My fear is that these sites, for a XXI century man, have not any value anymore. They become just part of the exotic context, fake as they lose their beauty and, with that, their right to exist. In other words, in a world ruled by the myth of usefulness, fascinated by technology, skyscrapers, characterised by the speed of transports, of communications, of financial transactions, in which everything is estimated for its economic value and exists to be consumed, eternal places that belong to another world, lose their communication skill. They speak to ears that cannot listen to them and therefore, they have few to give. The egotism coming from consumerism and individualism of our western culture leads us to trust in the accuracy of our assessment, in this way one day we might think that those “rocks” of Imperial Fora can be not much more than just rocks. We will never think we are making a mistake in the approach we look at them.

Probably then yes, in this way, for taking a picture of the Coliseum, Saint Peter’s Square, have a supposed-to-be-real pizza and buy a magnet, two days and a half for visiting all Rome are enough.

The evil is not the lack of knowledge, is the indifference that blinds our sight that forbid us to see what really makes the world go around and, as magic, eludes the laws by which it is ruled: the beauty. 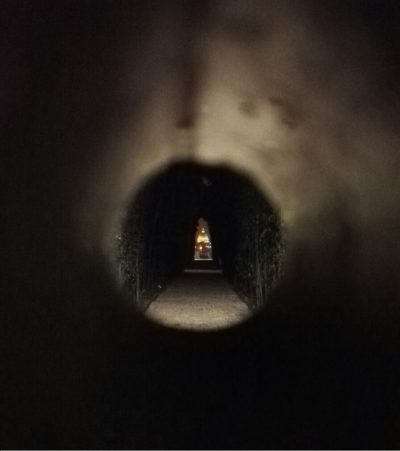 Inflation has not been a concern for quite a while. Still, 2021 has been the year of economic recovery after the pandemic. Is it coming back? END_OF_DOCUMENT_TOKEN_TO_BE_REPLACED

The Homeland of Itzurza is a novel exploring the journey of four women stuck between the past and the future in post-Franco Spain. END_OF_DOCUMENT_TOKEN_TO_BE_REPLACED