But men are so simple, and governed so absolutely by their present needs, that he who wishes to deceive will never fail in finding willing dupes.

Growth and measurement of success and wellbeing through economic wealth is a fallacious method to conceive the world. The rationalism of the utilitarian theory, on which economic models have their basis, took us to think the world with these parameters in the belief that everything that escaped rationalism was inconsistentand meaningless and, so, overlooked as if it does not really exist. Therefore, our culture has permeated by this necessity of finding a logic in the facts of the world for explaining them. This led us to the vain positivistic myth that everything can be explained through rational reasons, starting from the flawed assumption that men act rationally. Latest events in the politic field in many parts of the world, but also many of those harmful happened in the previous century, seems to demonstrate the opposite: man does not act only rationally but rationality is just one of the variables available for individuals.

If psychologist and sociologist have understood this since long time, the progressive élite seems to be more reluctant and so a certain part of the left that has gradually lost votes and power of representation between the lower classes of the population. What it has been not able to manage is the change of the language with which to speak to people.

In these years information are more and more, they travel faster and faster, their form is shorter and shorter so that they are often inaccurate. Due to this, what is important in them is not the content, but, as they need to get the target, is they must have an impact on the recipient. Therefore, in the comprehension of events in this situation of speed of news dangerous mechanisms of cognitive heuristic occur. This means that fake news and post-truth can then find a place between them.

What are cognitive heuristic? They consist in finding shortcuts that enable to make the lowest possible efforts in reasoning. This mechanism allows recognize elements of the con text immediately without spending time and resources.

This can be due to, and be confirmed by, the experience of previous news in which an immigrant was involved in a crime. Consequently, it leads to the prejudice that all immigrants are likely to be criminals. Without the necessity of creating artificial examples, this is basically what happened with the so-known “muslim ban” in the U.S. Although the ban from the country is aimed to those that come from seven countries that, however, have nothing to do with the bombers that in the past have hit in the United States, this measure has been done, and it is approved by many, for the simple fear of muslims, establishing in this way that every muslim is a threat.

However, heuristic thought does not affect only at a racial prejudice level and is not a prerogative of just racists. This “illness” seems to have affected through the years those that should have better understood the evolution of society and that, instead, have gradually got away from the fatigue of understanding its growing complexity sheltering under the use of old labels that nowadays are outdated for modernity.

Consequently, this has led progressives to get closed in themselves, not anymore able to recognize and accommodate the necessities and requests of those that once they used to represent. These last do not feel anymore represented by them and all modern politics, they see it as something different from themselves and feel betrayed by them. Who has understood this, as new populist parties, took advantage in increasing the gulf between this cut of population in look for representation and that left described as “intellectual and vain” to highlight its gap from the “real people” and its problems as it is part now of the hated establishment.

This thick population sheet has gone from being the working class to bourgeoisify itself becoming middle class. Nowadays, with crisis effects, it has lowered its status. Accordingly, it has seen its ambitions denied and, for the first time, it expects that future will be worse than the present. Social, economic, and wellbeing ambitions they had for their next generation, consisted in keeping on improving their status and become to be part of that establishment that has now slammed the door in their face and towards which they address their hatred. 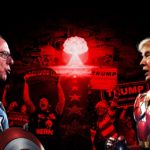 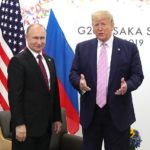 IDENTITY POLITICS AS THE DEATH OF CLEAR THINKING

However, as previously said, reality is more complex. It is not anymore the “fourth state” asking for rights. The current phenomenon lies in a market society in which society is hyper-fragmented and individuals do not have any more a common class conscience but they are all in the competitive run for resources. If, in fact, in the traditional society of the past century, towards which they look with growing nostalgia (as the Trump’s slogan “Make America Great Again“), competition was between few competitors in the same nation, nowadays globalization has enlarged this competition and in the game there are new competitors as immigrants and countries where companies have delocalized.

Everything comes down to a sort of particular relativism in which, due to heuristic reasoning, everyone look after its own backyards without any foresight. Sheltering in the defence of what is of their own, American dreams included, they have declared war to upper and lower worlds instead of understanding mutations and redefining a new concept of wellbeing. A wellbeing that should not be related any more to purchasing power and to the fight for standing out over the others, whether these “others” are the neighbours, immigrants or other countries. [1]

Making the most of economic, social and of representation crisis, new leaders have taken the opportunity to score points providing heuristic explanation to this population as it has already happened in the past, think of the rise of Nazi and fascist parties that have used similar arguments and communication styles to relate to voters. Voters that were moved, mutatis mutandis, by similar needs in a similar situation. To put it briefly, these leaders have known to use cognitive bias.

That being the case, it is here useful to consider the Two-view system of Kahneman and Tversky (1974) for which there are two ways of developing a thought. The first and more frequent is a fast one made by mental connotations, intuitions, perceptions, stimulations et cetera and it is consequently immediate; the second one is slow instead, made of logical process, critical thought, consideration of alternatives.

We could say that this last, made of technical words and sometimes pedantic for it is slow, belongs more to the establishment consisting in that old politics that still is now trying to renew (think for instance at the communication style of the former Italian Prime Minister Renzi). But even so, this part remains expression of the old politics. The first one instead belongs to those that have understood how to speak and what to show to this angry population, showing himself as angry as they are, setting itself as news in the political scenery, standing out of that establishment towards which they address the rage (Renzi tried to do this too with the hashtag “#scrap”).

Using in this way a different communication style, they provide images as those of traditional values of the past to make the audience feel safe, giving them a representation, pointing the direction to get out of the current situation that can be obtained only through that man of the people that can express their rage.

In consequence, they provide a contrast between that world and a complex and competitive and dangerous, to which the establishment is given the fault to have led to. For the Dual Process of Duckitt and Sibeley (2007), these two factors, world as dangerous place (that comes from the need of safety) and the world as competitive place (that comes from inequalities) lead people to closed positions as conformism and social dominance orientation (Nail et al. 2009).

The importance of evoked emotions

Providing voters external threats images, they move opinions to right wing positions. On Landau experiments (2004), in a first step investigators provided participants (progressives and liberals) with death and terroristic attacks images, then they gave them tow speeches to read, one of Bush and one of Kerry, without showing the author. When asked to point which of the speeches the participant agreed the most, participants of both political orientations preferred Bush one.

Making the best out of the pursuit of safe, they toot their own horn pointing the enemies as root of all evil and in the elimination of them the solution so to provide an easy and fast explanation that reduce incertitude. In addition, finding a comfort zone in the return at traditional values, voters are taken to the idyllic and safe scenery of the good old times.

It is curious to notice how it is possible to read the last sentence it is possible to whether Trump (or other current populist leaders in Europe as Le Pen, Salvini, Farage or the German AfD) or nationalist dictatorships of the past.

The current circumstances are obviously different from those of the XXI century and seems to be very unlikely that history would repeat with so dramatic outcomes, Nevertheless, it is to remember that the rise of these leaders, nowadays as yesterday, seemed unlikely and it was believed they would not have lasted much…

[1] About ingroup favouritism, I suggest to have a look at Tajfel experiments (1971). In these, it is possible to see how for individuals of a group is more important to have more resources compared to another group, than to have more in absolute terms but less compared to others.

Inflation has not been a concern for quite a while. Still, 2021 has been the year of economic recovery after the pandemic. Is it coming back? END_OF_DOCUMENT_TOKEN_TO_BE_REPLACED

The Homeland of Itzurza is a novel exploring the journey of four women stuck between the past and the future in post-Franco Spain. END_OF_DOCUMENT_TOKEN_TO_BE_REPLACED