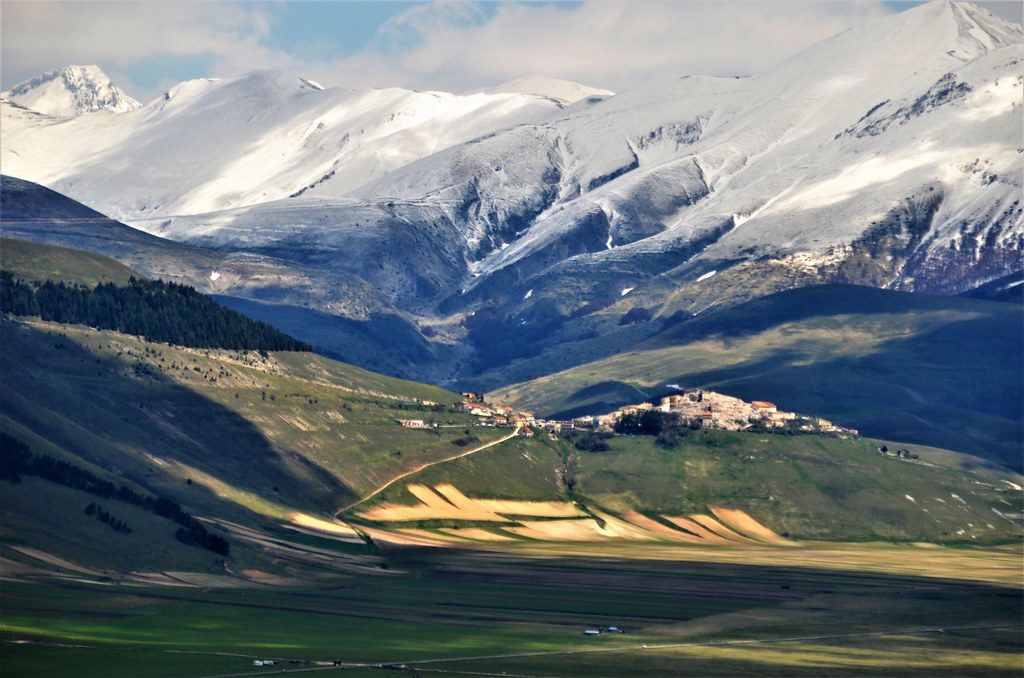 These few lines are the beginning of a new experience, born to share ideas, sensations, feelings and knowledge, with the eyes focused on the whole world.

<< Everything has already begun before, the first line of the first page of every tale refers to something already happened out of the book >>.

Sunrise leads to a new world or another perspective, everything beginning from myself.

The Erasmus is a full experience, which changes people. You start with great expectations and hope, focusing on the daily steps, on the news of living alone, in a new country, with new people and you discover everyday a universe, just moving further than your standard habits. The Erasmus is an open window to the world and to the people. Here I will not talk about parties, courses or meetings.

It is not easy to synthesize my feelings using a single moment, I will choose a deep instant, significant for myself, whereas the distance from home during tragic, heavily moving events was blended with an international environment and a cultural immersion: 30th October.

Throughout my stay in Erasmus I found friendship, emotions, faith and a dynamic context. I met many sparkling guys travelling, studying, sharing time and experiences from the past through the present, never forgetting about the future. Last weekend of October was a big opportunity to visit Aachen, the Holy Roman Empire ancient capital city, and Maastricht, therefore I went on a trip with three friends. We were a group composed of a Spanish girl, a Portuguese girl and two Italian guys. That Sunday morning, after a nice Saturday in Aachen, we were smoothly going to the station, just enjoying the time spent together.

Suddenly, moving to the platforms, something changed, I felt everything collapsing on my mind, I was shocked.

My Portuguese friend showed me her smartphone screen: breaking news, terrible earthquake in the centre of Italy. It was happening again.

We, Italians, have always lived with the burden of earthquakes, phenomena that are part of our history, especially in Umbria, my home region. It smolders under the earth for years and comes back shaking everything and everybody’s life. Our territory had often been stroked by seismic swarms like in the 1970 in Norcia, later in the 1997 all over the border between Umbria and Marche, again in 2009 in L’Aquila and now in Amatrice, Accumoli, Norcia, Castelluccio di Norcia, Arquata del Tronto and all the central part of Appennini’s mountains. Many little villages lost, ruined, and historical heritage hardly damaged.

The earthquake is like a nightmare, it will never fully abandon you, sometimes it gives signals to alert people and later it hits though, other times it comes out from the ground powerful and kills people, destroying everything around itself. It moves unpredictably from a fault to another one, choosing different intervals of time to shake and repeating many times.

That morning, far from home, everything seemed unreal, I had no details, no news, time was drizzling on and all the information I was able to get were indirectly caught by the web, they were pictures from the apocalypse. Mountains of stones, dead villages, the church of San Benedetto in Norcia was like a pile of rubble.

Finally, I received news from Spoleto, my birthplace, all my friends and my family were safe, even though the centre of the town was stroked and damaged. In my hearth a great sorrow is left, lot of places I loved does not exist anymore, many memories are coming to my mind and people there is suffering for the loss, the cold and for a snowy winter, waiting for another sunrise. Fortunately that day no deaths contributed to make the moment more painful, contrary to what happened with the previous shakes in August.

The strange sensation of living that nightmare so far from my places, feeling everything so close and having a deep sense of powerlessness, was lightened sharing that important and hard moment with my friends. I was completely involved in what was happening many kilometers away and they were there worried about the events and caring about me.

There were no borders between my friends and me, no real distances, even if we knew each other since few months. Italians, Spanish, Portuguese, in Germany or in Netherlands, or wherever, they made me feel home.

No flag, no language, no different passports or habits are obstacles impossible to overcome for people who care about the others and about themselves too. The sharing sweetens each difference and bring us beyond the walls.

Sharing emotions, risks, happy or sad experiences, not being scared about looking beyond a line drawn on a paper or on a map, during the history or because of the shape of the territory, this is what I consider a Union, this is my idea of Europe.

Inflation has not been a concern for quite a while. Still, 2021 has been the year of economic recovery after the pandemic. Is it coming back? END_OF_DOCUMENT_TOKEN_TO_BE_REPLACED

The Homeland of Itzurza is a novel exploring the journey of four women stuck between the past and the future in post-Franco Spain. END_OF_DOCUMENT_TOKEN_TO_BE_REPLACED