The streets of Phnom Penh, Cambodia’s capital, make visible that Cambodia is in the middle of Thailand and Vietnam: its traffic jams are dense, and people drive on the right side, but it is nothing compared to Vietnamese streets with their continuous flow of motorbikes running and parked everywhere. Being a point in the middle, however, does not make Cambodia a meeting point. This place has its own identity, or, to put it better, it is imprisoned in its own identity. The streets are clean and here and there are trees and lawns. No, it is not Switzerland, or maybe yes it is, but only if compared to Asian standards… This also makes Cambodia a very particular place out of time, if it is also compared to the south-east Asian region. Cambodia, stopped belonging to the world as we know it during the 70s and now it is coming back to the world due to the indirect effects of globalization. Only lately, Japanese and Russians are starting to invest in the country that is long-affected by a deficit of infrastructure, such as the lack of roads that link the nation: the only pro actually is the very low cost of labor (the average wage is around 100$).

END_OF_DOCUMENT_TOKEN_TO_BE_REPLACED 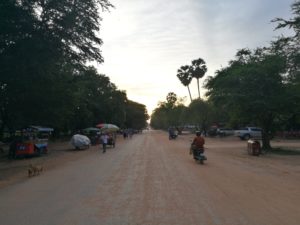 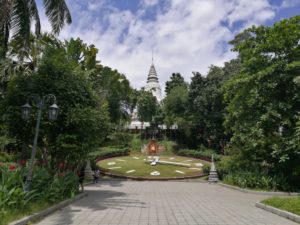