In Italy, the monetary union is often taken as a scapegoat for all the ills of the last twenty years. To verify the factuality of this criticism we must weigh the disadvantages of the single currency with the advantages. Furthermore, a critical effort to verify the counterfactual (i.e. what would have happened if we had not adopted the euro) is paramount. 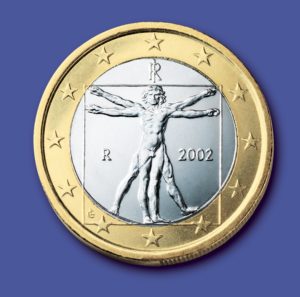 The disadvantages reiterated by the discontented is in having lost the monetary sovereignty and in the unfavourable exchange rate. Let’s start with the first topic. What was once the role of the Bank of Italy has now passed to the European Central Bank (ECB). The advantage of being able to print money lies in the possibility of using expansive monetary policies and devaluation. With the former, the central bank aims to lower interest rates, favouring consumption and investment. While with devaluation export is favoured and the cost of labour is lowered.